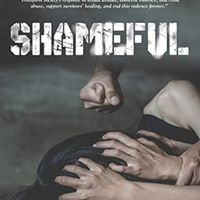 Theresa Shanahan returns to her upper-middle-class, upstate-New York family home to care for her dying mother after dropping out of college at the end of her sophomore year. Bristling at the return to small-town confinement and struggling to put her secret summer trauma behind her, she heads out for a night of drinking and dancing, where she meets Tony Montgomery, the band’s lead singer. They fall in love.

When her staid, Irish-Catholic parents discover that Tony is neither Caucasian nor Catholic, they throw her out of the house, and she moves in with Tony. Forbidden by him to work, she has no money or resources of her own. Her only friend is the woman next door, who is as well under the thumb of a controlling man.

The physical torment begins after Theresa tries to rescue her childhood friend Callie from Germany, where Callie is enduring abuse at the hands of her soldier husband. Pregnancy, emotional and physical abuse, and even suicide are part of the trauma that plague Theresa and her friends, as they struggle to escape.

Finally, Tony commits an offense so egregious, and so dangerous to others she cares about, that Theresa feels compelled to risk her life for their freedom and hers.